We offer weekly lessons and training sessions for every level of student from novice to plus handicap. OKL offers university student discounts. If you are considering introducing Polo to your College or University our highly skilled HPA level 3 coaches will start you on your polo journey. 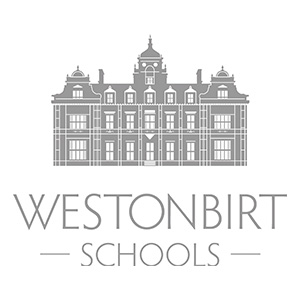 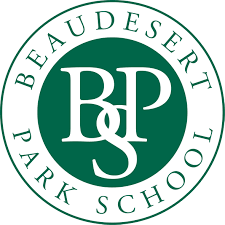 OKL Equestrian is passionate when it comes to teaching up and coming talent. We work closely with several local independent schools and have taken children from their first experience on horseback right through to national and international competition. All pupils are welcome, it is very rewarding to be part of a child’s journey and observe their talent and confidence grow.

Lessons can be individual or group. They are usually scheduled after class, and we conduct lessons in an indoor arena during the winter months. OKL often organise weekend rallies and include pupils from a variety of schools. Not only do we improve our pupils’ talent but their social diaries too!

If your school is interested in playing Polo, we would love to hear from you. All pupils are welcome, from those wishing to try Polo for the very first time to established players already in a school team. 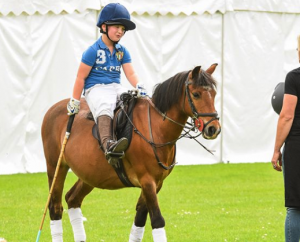 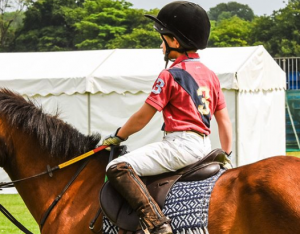 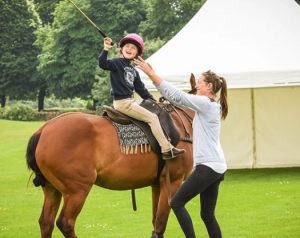 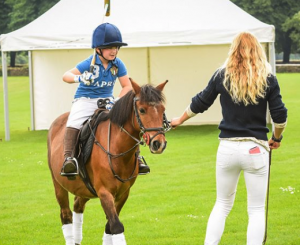 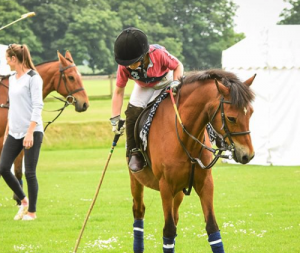 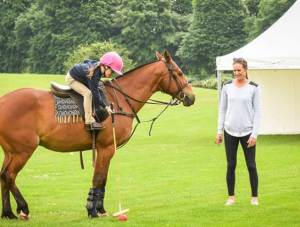 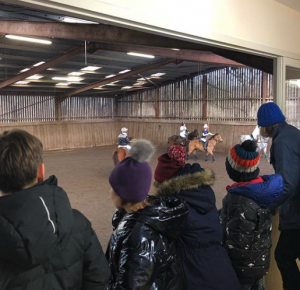 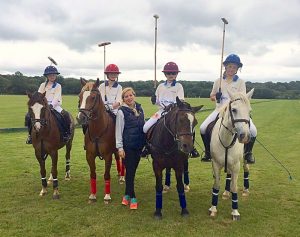 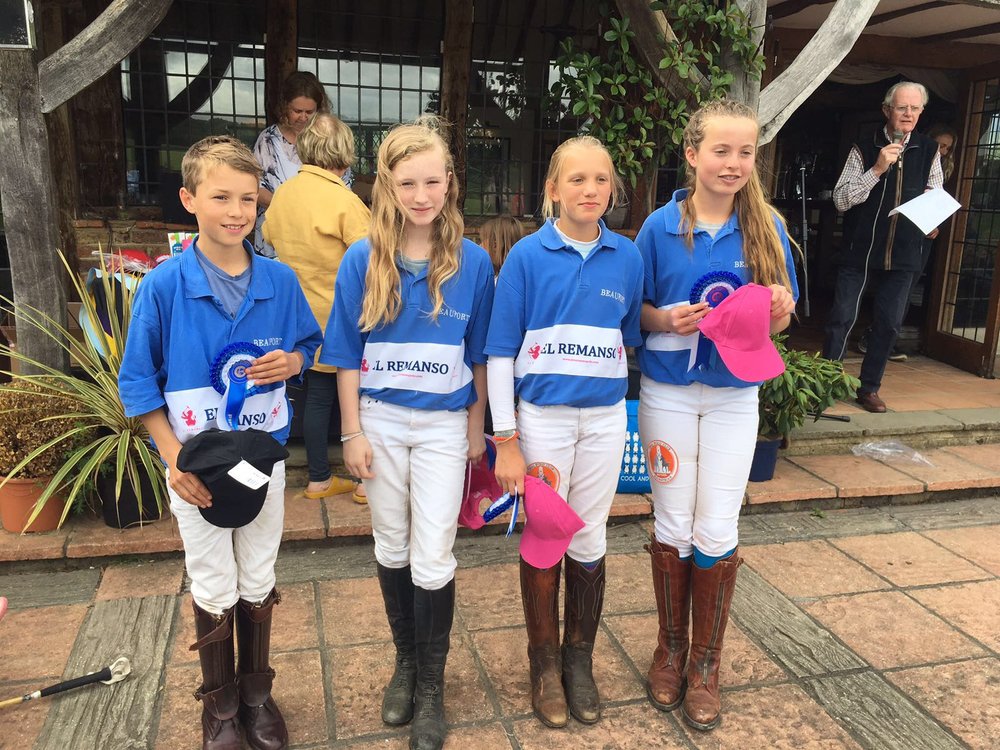 OKL are proud supporters of The Pony Club and provided coaching for The Beaufort Pony Club. OKL is available to coach other Pony Club’s on request. PCP plays an essential role in the progression and development of junior players.

Olivia became a member of The Heythrop Pony Club as soon as she could walk and recognises the debt she owes the association and holds dear its ethos. It served her well and inspired her to be the horsewoman she is today.

She is delighted to assist her local Pony Club and is always on hand for any advice or support. OKL Polo & Equestrian actively promotes Junior HPA Tournaments and works closely to develop Polo’s future stars. Olivia and Caspar are part of the HPA junior development programme and regularly accompany Britain’s future professionals to South Africa for specialist training.

Cirencester Park Polo Club is a great place to bring your child to learn to play polo. OKL Polo & Equestrian and experts with children’s polo and we have been working with The Pony Club for many years.

1 hour group sessions for children covering everything from tacking up to match tactics. A fun and friendly atmosphere open to all abilities. Own ponies welcome or ponies can be provided.

Most of all children will learn that polo is fun! 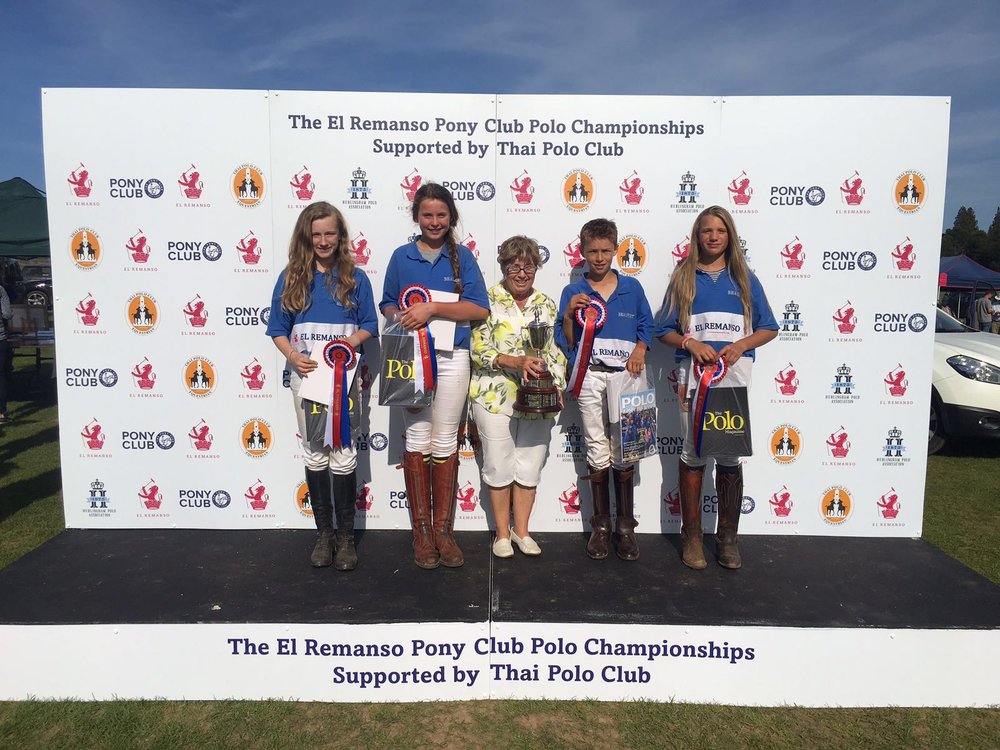 As Polo manager for the Beaufort Hunt Polo Club, I was looking for a coach who fundamentally was good with children but was also technically able and inspirational.

I found this in Olivia. I first met Olivia in Spring 2017 when she kindly ran some Polo rallies for the pony club. I knew instantly that she had the attributes I was looking for. She suggested that we ran regular team training sessions on a Monday evening and the pony club teams went from strength to strength.

With Olivia’s encouragement, support and faith, some of the older children started to play instructional chukkas at the Beaufort Polo Club. Olivia would play alongside the children giving them tips, encouragement and support whilst in the saddle. T

he hard work paid off and tremendous success was had at the Cowdray Polo Championships in August 2017. The HX A team came second, having enjoyed a fast paced, nail biting final against the Cowdray pony club. The surtees team won their decision.

Olivia was instrumental in the successes we had as a pony club. I cannot praise her enough.